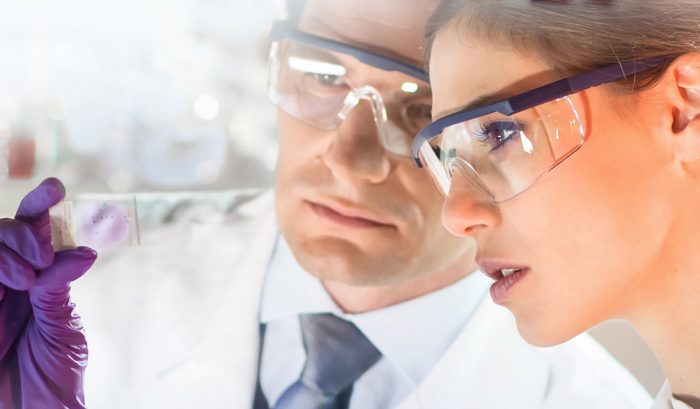 Adulteration of honey with sugar syrups of different plant origin (rice, beet sugar, cane sugar, corn sugar etc.) is a major quality problem observed in many countries around the world. In order to discover this fraudulent practice within the quality control, laboratories developed different methods to detect this type of adulteration of honey. Besides the established screening methods using isotope ratio mass spectrometry (13C isotope testing, LC-IRMS, adulteration with C3 and C4 sugars) or H-NMR testing different very specific and sensitive tests were developed detecting for example the activity of honey-foreign enzymes (e.g. beta-fructofuranosidase, beta-gamma amylases, foreign alpha amylases) or certain marker substances which were demonstrated to be present in honey adulterated with sugar syrups (specific marker beet (SM-B), specific marker rice (SM-R), caramel color E150d), but not in pure natural honey. The independent quality control laboratory of course can only test a honey sample submitted for testing using the validated and accredited methods and judge the sample on the basis of the obtained results. If a honey sample fails one or more of the adulteration tests, the sample is considered adulterated irrespective of the origin of the sample. Customers often ask questions about the plausibility of the results. But finally, the root cause for the detected honey adulteration can of course not be evaluated by the laboratory as the history of a particular sample is typically not known. But is it always an intentional adulteration – meaning food fraud – if honey adulteration tests fail?

In the recent months we often detected comparably high activities of beta-gamma-Amylases in Mexican honey which was interpreted so far as being due to adulteration of honey with starch based sugar syrups. However, Mexico is not a typical country known to adulterate honey. Honey adulteration with sugar syrups produced with foreign enzymes is rather typical for Eastern Europe and China, for example. Strikingly, we observed this problem in honey from Yucatan as well as from Oaxaca or other regions and from several different honey producers. Different customers complained not using fraudulent practices in the honey production and asked us to find out the root cause for the positive findings indicating adulteration.

In close cooperation with beekeepers from Yucatan Peninsula we could find out that obviously due to climate reasons beekeepers this year needed to feed the bees more frequently than in other years. Further, it was discovered that a new “protein-rich” bee feeding supplement was used: brewer´s yeast. The yeast species Saccharomyces cerevisae not only produces alcohol from sugar substrates, it naturally produces several different enzymes (=proteins) like amylases or beta-fructofuranosidase. Within the laboratory investigation, in different types of this bee´s feed very high beta-gamma-amylase activities were observed (more than 200 Units/kg, in comparison limit for natural honey: 5 Units/kg). This indicates that remaining portions of the feeding material in the harvested honey presumably caused the recent positive findings in the honey. As beta-gamma-amylases are also used for the production of sugar syrup from starch, the positive results of beta-gamma amylase in honey were consequently interpreted as adulteration of the honey with sugar syrup. Such inadequate feeding substrates were also demonstrated to be used in Eastern Europe and Southeastern Europe in the past. However, irrespective of the origin of the foreign enzyme or the origin of the honey, the quality of the honey is impaired due to the presence of foreign enzymes.

In the past we faced other cases of inappropriate bee feeding material leading to problems in the quality control of the honey. In 2016 the milk protein “casein” was found in honey from China and reported in the EU Rapid Alert System (RASFF) as casein is an allergen harmful for allergic people and definitely no natural component of honey. The origin of the casein was demonstrated to be milk powder used as protein source for bee feeding. After a consumer complaint in Norway the supply chain was traced back and finally the source of the contamination was identified.

In other cases it was shown that soybean feed regularly caused positive soy GMO findings in honey.

Also feeding of doubtful vitamin supplements containing high levels of the antibiotic streptomycin was one example observed in the past (in Mexico) impairing honey quality and finally leading to claims in the honey trade.

In order to exclude quality problems due to inadequate feeding during the harvest season we recommend to possibly evaluate also the bee´s feed (sugar syrups, proteins) for foreign enzymes and adulteration markers which might be transferred into the high quality product honey and consequently impair its quality and harm the good reputation of the beekeepers with the allegation to use fraudulent production practices.

We can assist you in testing the bee´s feed prior to application in order to minimize the risk for your high quality product honey.

Please feel free to provide this information also to your beekeepers and producers of bee´s feed.